This cemetery is a resting place for many of the first residents of the greater Nepean area. I chose to visit this location for an assignment particularly for it’s connections to such a significant era of history, that relates to my own history. Penrith is a town that my Dad grew up in; as have I. 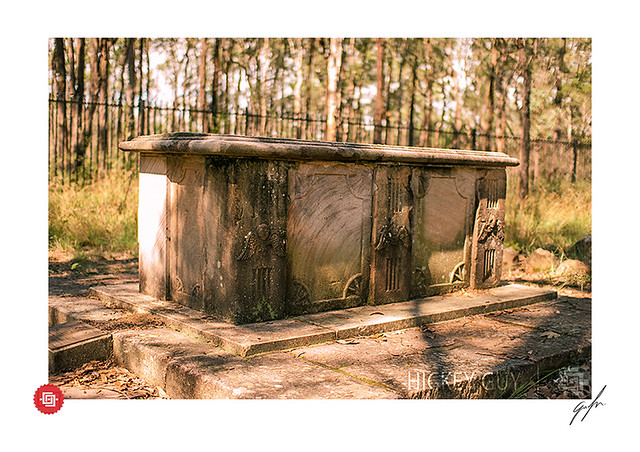 Rev. Henry Fulton is also one reason why I wanted to go and photograph at that cemetery. *Fulton was born in England and educated at Trinity College, Dublin from 1788, graduating B.A. in 1792. In the late 1790s he was a clergyman in the Diocese of Killaloe, Ireland. Fulton became involved in the Irish Rebellion of 1798 and sentenced to penal transportation to New South Wales. Though sometimes afterwards referred to as an ex-convict, he was really a political prisoner. The bishop of Derry, in a letter to the archbishop of Canterbury written in August 1807, incorrectly stated that Fulton “agreed to transport himself for life to Botany Bay”, as had seven of seventy-three political prisoners sailing on the Minerva with him.
In 1814 Fulton was appointed chaplain at Castlereagh, New South Wales, and Nepean District, 1800; and was made a magistrate. He also established a school and had for a pupil Charles Tompson who dedicated his volume Wild Notes from the Lyre of a Native Minstrel to Fulton. This was the first volume of verse written by a native-born Australian and published in Australia. The first poem in the book “Retrospect” has complimentary references to Fulton, as a teacher and as a man. In 1833 Fulton was still chaplain at Castlereagh, and in that year published a pamphlet of some forty pages entitled Strictures Upon a Letter Lately Written by Roger Therry, Esquire, and in 1836 his name appears as a member of a sub-committee at Penrith formed to work against the introduction of the system of national education then established in Ireland. 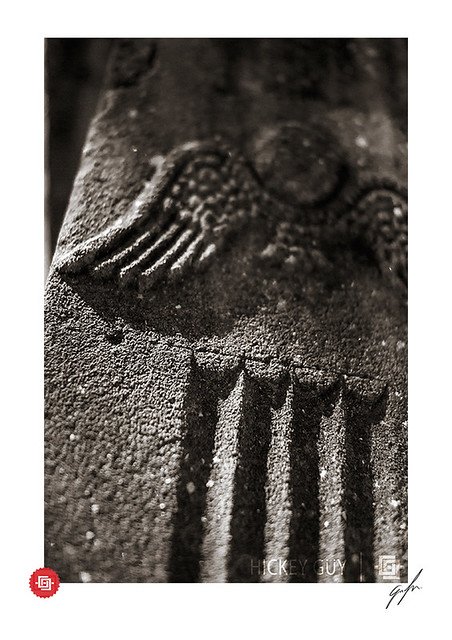 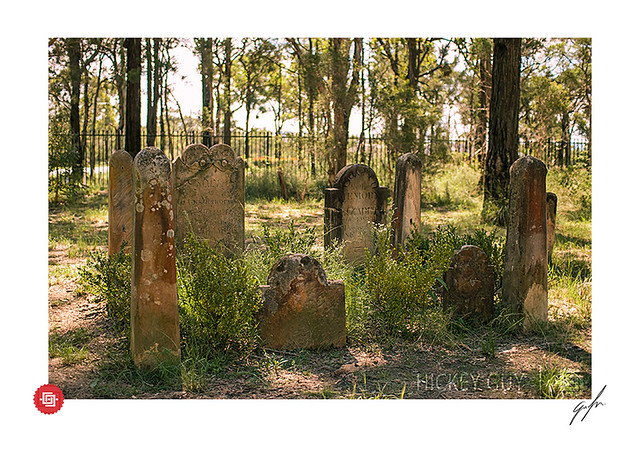 Here is home for many people that lived in this district. A extract from ‘Rawsthorne Genealogy Pages’ notes as follows =
Castlereagh Cemetery is situated on the northern corner of Church Lane and Wilchard Road at Castlereagh. The only area to show that people are buried there is the two acres classed as the Anglican section of the original forty acre site put aside for the Castlereagh Cemetery . Originally Governor Macquarie decreed that every cemetery would be enclosed by a post and rail fence (a gate has recently been added to this). The cemetery is all that is left of the original five towns that Governor Macquarie laid out in 1810. The Castlereagh General Cemetery was marked out in the original planning of Castlereagh and dates back to 1814. The Nepean River Flats at Birds Eye Corner were unofficially settled by families which included the Russells, Randalls, Ropes, Colless’, Fields, Collits’, Fredericks, Morns, Lees, Lewis’ and McCarthys, around the 1800 many of these properties were ratified by grants by Governor King between 1803 and 1806.
Also, one of the earliest graves belongs to the infant daughter of Henry Cox of Glenmore. The Rev Henry Fulton and his wife Anne are also commemorated here. In this cemetery many pioneers of Penrith Valley are buried, with the finely crafted sandstone headstones remembering many prominent local families. 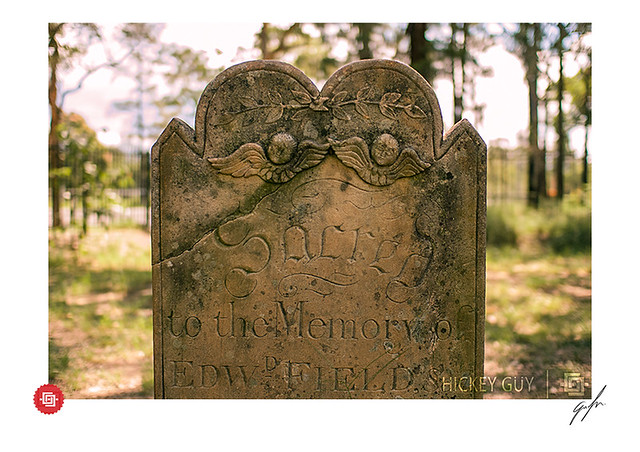 Sacred to the Memory. 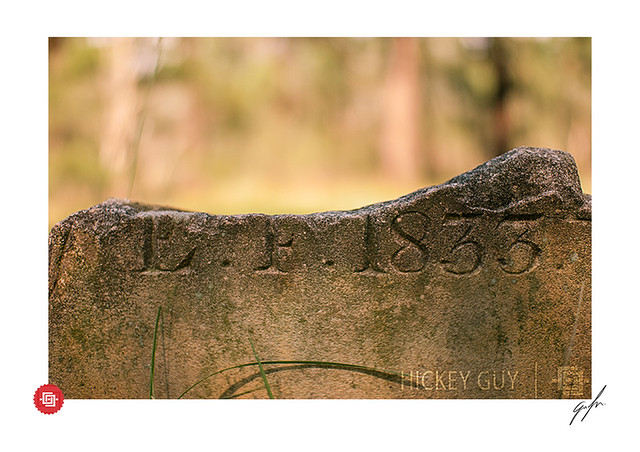 One headstone caught my Dad & I’s eye’s. It was almost completely red from fungi maybe? I’m not really sure, but it was really interesting to look at. There seemed to also appear to be a circle near the center that apparently presents itself as untouched. A mystery to some; and interest to me. This photograph I chose to submit as my main selection for my assignment. Engraving transcribed = 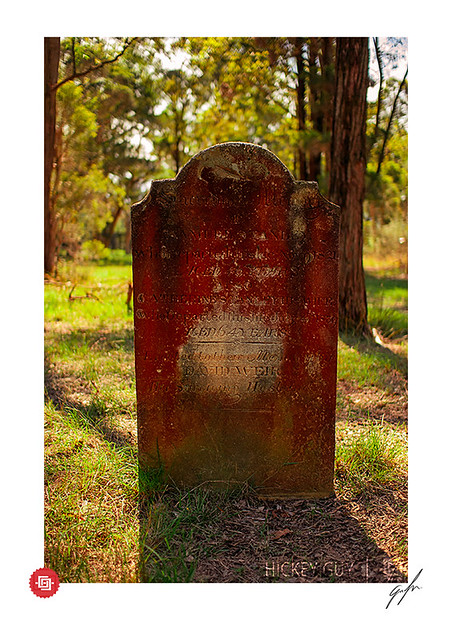 Penrith and the Nepean district will always be my childhood home. The house I live in now, and have lived in since I was born, once lived in by Guy Ladbury (Ladbury Ave named in his memory) and once used as a boat shed down by the river at the Log Cabin over 120 years. Even with such a rich history that’s apart of my fabric, I plan on making a new home with my family someday – this time, down south, in Tasmania. Documenting some of my area’s history in photographs, relevant to my own history is something that I feel is important for me to do, before I do move on down the track. 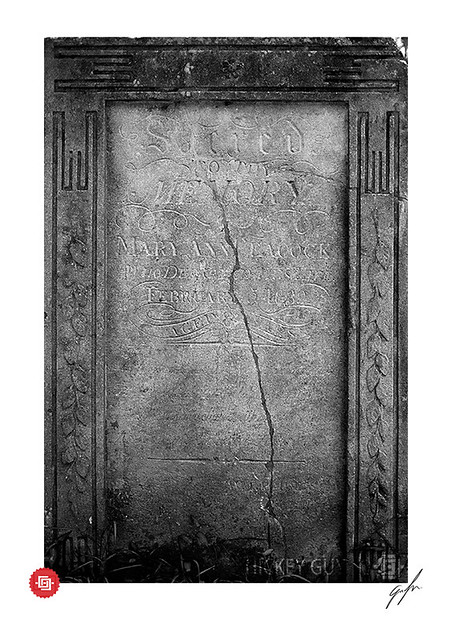 Sacred to the Memory of Mary Ann Peacock.