In 2012, I was lucky enough to be put in place with a really special grouping of students, studying the ‘Diploma of Fine Arts’. It was a year where I actually started to really get to know my own talents. Following 2011, my first year out of High School and first year slightly lost trying to find myself (with help from Art); I began to fall in love more with Photography. I am not sure what opened my eyes so much, as to why I finally understood and realised what Photography really meant to me and what I wanted to do with it. It might have been the tragic death of my hairy sister Betsy, which made me grow up ever-so-suddenly. It might just be that studying the Arts from those before me, gave me meaning and methods to my madness. All I really know though, is that in 2012 I found a style to be proud of. I also feel that those around me on the same journey, also found ground and grew stronger with their Art. This short but ongoing series, is a product of my observations, from witnessing my fellow creatives grow. 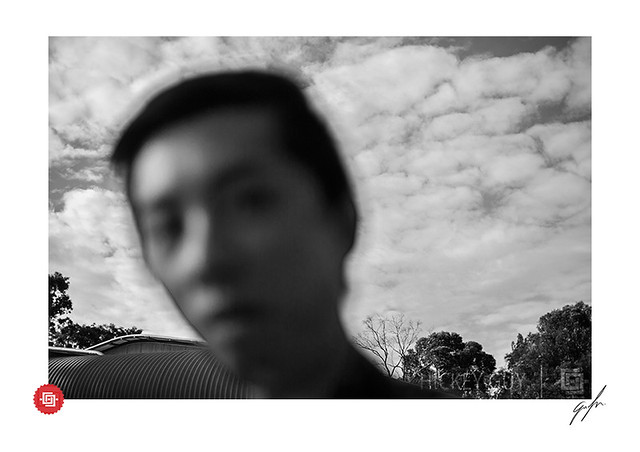 Andy Miao – I first met this bright young photographer around this very time, last year, 2013. It was the beginning of a different journey, and upon first impressions you could just see who had a clear path ahead of them. Within the first fortnight, I could see Andy’s natural ability and skillful talent already present among the swathe of fresh learners. It was a nice surprise given that this is what you look for to look up to. Normally it is the teacher whom you look up to, but not in this case. It is the growing mind, young and ready, that I draw most inspiration from. I remember an old man who I tried getting to know a little, throughout 2011 – His name was Zahid (pronounced, Zaheed). He had a heavy Afghan accent and he loved painting. The stories that he would share with us came from his inner child; the young one within. One of the last paintings he ever shared with me was of a magical, colourful landscape, in which he describes a scene with a river or a bay of water where he would once dip and bath in as a kid, living in his homeland (I believe he had to look out for dangerous animals while doing this). This was a favourite childhood spot where he would cool down in, as Afghanistan is a desert land. I believe Mr. Zahid is no longer with us any more, but I fondly remember his great paintings.

Through The Eyes of The Photographer – An eye so well developed, so early in life.

In the time that I have spent with Andy, I am continuously impressed by what I see with his efforts. I can’t wait to hear what stories he has to share with us in times to come. His brand, Steeze. Photography is a growing success and I look forward to seeing all that comes his way in the future.
stay_steezy_4_lyf_!!!!