Back when contemplating who I should write about next, a new photograph had appeared on screen right at the moment when I had made my decision. One of my favourite photographers, Eric Rose, shared a new image which instantly reminded me of my friend, Will Collins – whom I had decided to feature in my next posting. The great image I saw depicted a horse or stallion in motion.

In my eyes, one of Will’s greatest works throughout 2012, was his image of a horse/stallion in action, at a rodeo he had attended with his sister. When I first saw the photograph in print, I though it was absolutely genius! It sold so successfully at our group exhibition that we held that year.
I believe it is through being around Will, I have been able to observe, and see things a little differently. His art is so unique and strong. As a student trying to discover my own style, witnessing Will’s development, his own progression before me, was truly eye-opening. He just seemed to have a natural ability to create great visual work.

I believe Will’s passions lie in traditional painting and drawing. Seeing him use those particular techniques and apply them towards a photographic medium, was interesting to be around given how I feel that my own passions predominantly exist in the photographic realm. His specific choice to capture the action and motion of the raging beast, blew my mind. It was something so obvious at first, but so clever after thought. It is so unfortunate that we couldn’t have done more work together throughout that year. It would have been so much fun. 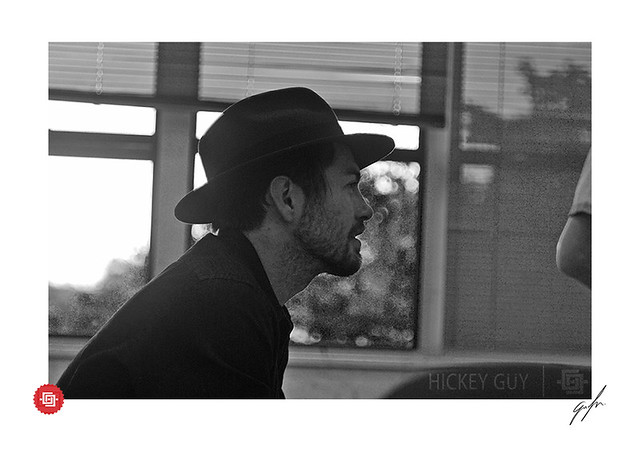 We first met, studying the Diploma of Fine Arts in 2012. What a great year it was – I believe everyone in our class had seriously progressed and improved with their art, as I think the attitude and mood in the campus atmosphere from the teachers, helped us free ourselves and experiment in every way conceivable. Will’s work in particular, always proved to be motivating and inspirational. 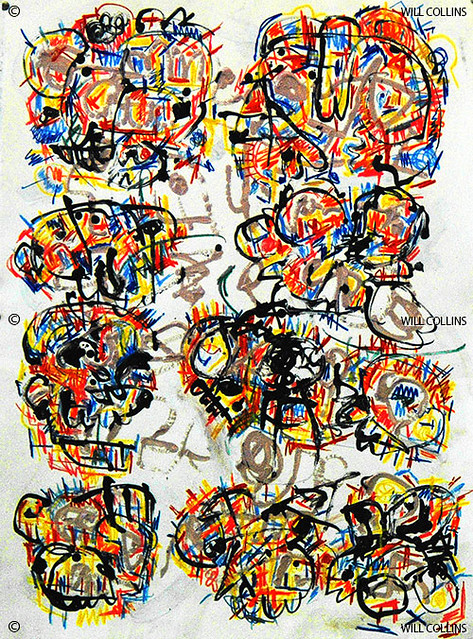 By the end of the year, knowing that our fun was coming to an end (thanks to the government – satire implied) I could see that Will would be strong in continuing his studies even without an educational facility to go to. I believe his plans following 2012 was to move in to Ben Quilty‘s working studio. He had been offered a place there to live and work for a while – what an opportunity! And so well deserved. Today he still continues to create incredible works of art – which I am always eager to see as he shares new work on his Facebook page. 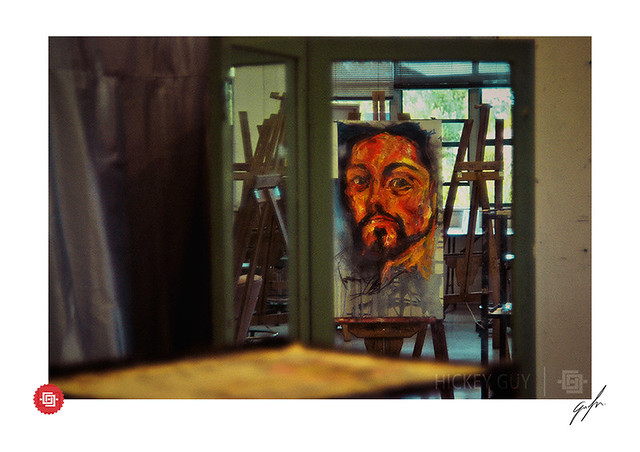 To this day, I continually find things that remind me of Will and his work. Just recently, this image ‘Picador‘ by Joseba Ibarra is quite obviously significant. It falls right into the dimension of rodeo rocking, movement.

Will also has a history as a professional model – every time I see a fashion catalog or brochure, I look out for Will’s face. Throughout 2012, he changed his daily fashion on numerous occasions – almost like a walking work of art. I doubt i’ll ever see it in a Big W brochure, but if I could ever see it again, i’d love to see Will in his Misfit’s sleeveless shirt and bandana. He had this great beard and hair-do combo. Having caught-on with the grand ‘Sons of Anarchy‘ hype at that time, his fashion in the moment looked really cool and flash. I hadn’t seen anyone wear clothes like that before. 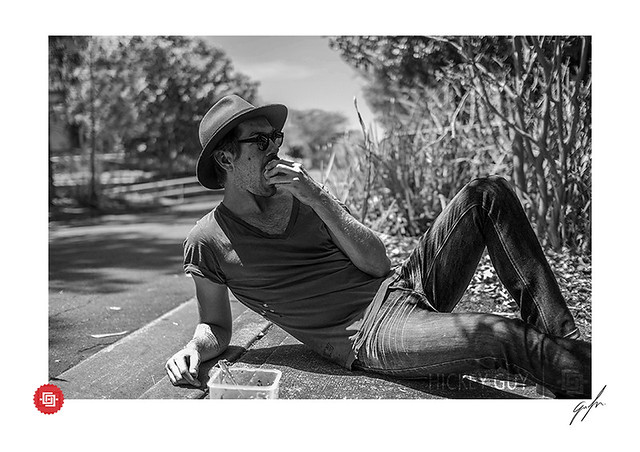 I like to look out for traveling photographers also, who document their journeys in extremely foreign lands (Mitchell Kanashkevich being one of my favourites to follow). Will, previous to studying at NADC, had spent a long period of time in Shanghai (I believe that was the place). I think he was modelling for fashion there. The photographs he had to share for a class project we had on the subject of “journeys”, were just as powerful as Will’s ‘Rodeo‘ photograph. I would love to see those images again someday. I am always keeping my eyes open for those alike who have the skill to capture the depth and atmosphere of such an unfamiliar place, successfully. One, who I recently discovered whom has truly impressed me – Frédéric Lagrange.
—-
One of the best pieces of creative advice I have ever received; so surprisingly powerful, is indelibly as follows. “I like the grain….” This was in response to my own vocal self criticisms about how I despised how much my camera produced noise. Will’s candid comment (possibly a gesture of which he had no idea how much it meant), expanded my tunnel vision greatly. I embrace grain and noise thanks to the words that came out of his mouth that afternoon, late in 2012….